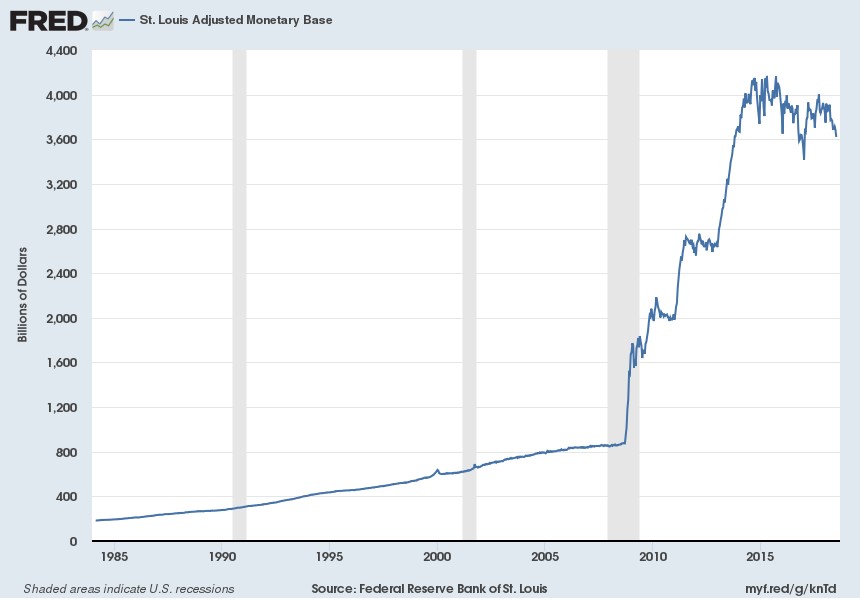 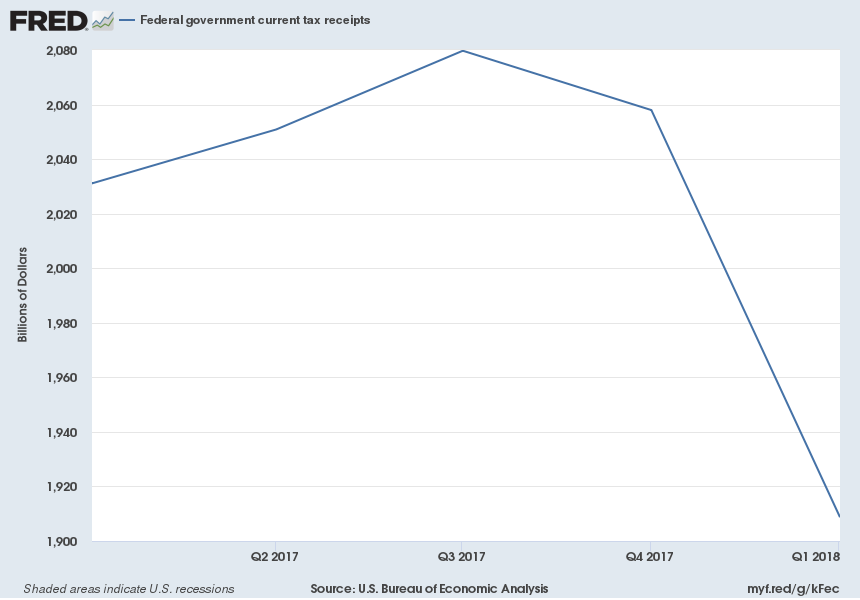 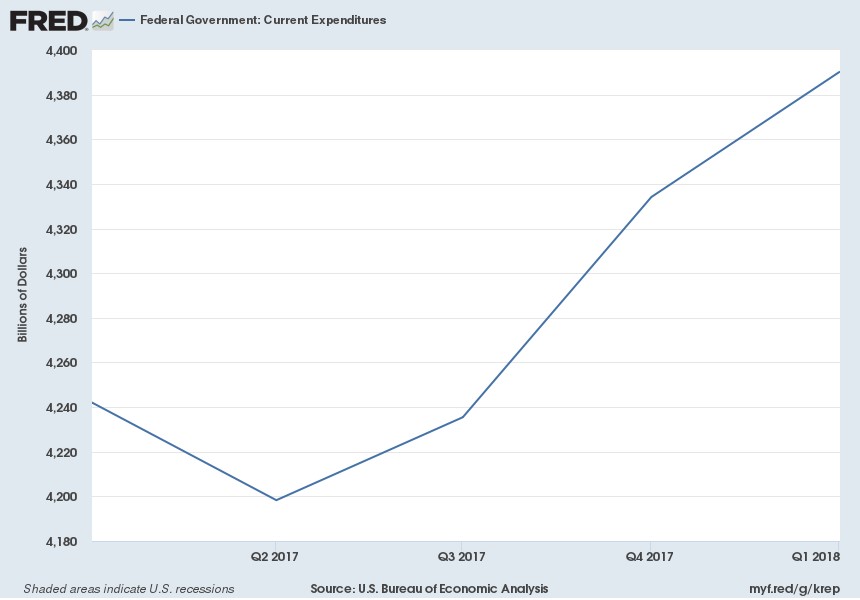 A potential annual barrage of $2.6trn plus in new total US debt issuance coupled with $600bn in annual debt securities sales targeted by the Fed amidst a) rising liquidity issues in a budding recession, b) mounting private sector and state-level solvency concerns, and c) a concerted global effort to reduce reliance on the dollar in global trade collectively suggest that a surge of US debt coming to market will overwhelm demand at current yields.  Said differently, higher returns/yields will be sought by investors — likely much higher yields, especially from today’s near-historically low levels.

Meanwhile, weaker US economic indicators add another layer of uncertainty:

Plus, the 2018 US fall election suggests the Fed could suddenly put back on its political hat:

Under Obama, the Fed raised the fed funds rate only once.  Under Trump, the rate has been hiked six times.  Trump nominated the new Fed chairman, Keynesian Jerome Powell, last November.  Midterm elections are around the corner even as the economy is losing steam amidst rising, and perhaps metastasizing, geopolitical — trade war — risks.  Could this provide the Fed with the perfect rationalization, even prior to a stock market rout, to revisit its rate and QE toolkit (and surely the Fed would seek to re-inflate a key yield starvation offspring, a pricked equity bubble)?  Moreover, the Fed tends to support the party in power, especially if the chairman has been appointed by a sitting president.

Conclusion — it is high noon head for a restrictive Fed amidst an “ecosystem” rushing to the ER:

The Fed has effectively been tightening since it started to reduce its monthly QE as of December 2013, only to end its bond purchases completely in October 2014.   Cessation of QE has been augmented by an interest rate tightening cycle since 2016.  Now, despite a) unprecedented and growing governmental, corporate, and household debt mountains, b) huge policy-induced distortions and misallocations, c) drooping productivity, d) very poor real wage growth (most new jobs have been low-paying, non-benefit, part-time in nature), and e) a long-overdue “official” recession, the Fed is desperately trying to raise rates enough to be able to lower them!  In so doing, a government-defined recession will be hastened, and asset bubbles endangered.

That same Fed is also seeking a reduction of its unparalleled balance sheet so that it can again be expanded when necessity dictates it (protecting the balance sheets of its owners, the money center banks) and politics mandate it.  In a nutshell, the Fed appears determined to take away its “cocaine and heroin” and push an economy with the albatross of a toxic public policy stew around its neck (financial repression-enabled statism, cronyism, and redistributionism amidst sustained property rights-shredding, cronyism-abetting regulatory and litigation insanity) over the edge so the Fed “can save it again.”

If the Fed continues its restrictive trajectory both on the interest rate (fed funds rate) and on the QT/bond sales front, it is virtually assuring that the fabricated and overstated economic recovery will implode even sooner.  That very reality, coupled with the fact that other major central banks, such as the ECB and the BOE, have just commenced shifts to more restrictive monetary policies, suggests that a forced US monetary loosening could well occur just as a (likely fleeting) monetary tightening occurs elsewhere.  An unexpected dollar rout would quickly develop.

Perhaps the yield curve, which is close to inverting, will be our single best guide as to when the Fed needs to “smell the ease ASAP coffee.”  An inverted yield curve is a well-known precursor of a recession, having predicted all nine US recessions since 1955 with a lag time of six months to two years.  Given America’s fragile economy, …

Talk about a perfect revaluation storm — the dollar down, bonds down (pages 8–9), stocks down, and precious metals up — in the making, otherwise also known as a “reset.”

Or, as a brilliant macro analyst from London so precisely retorted during a recent email exchange:

There’s more than a speck of truth to that!

Agreed.  A good product is the real value.  The rest is just a distraction.

The takeaway: the value of a nation’s currency will ultimately reflect a nation’s competitiveness in the global marketplace.  Bonds are “currency promises.”  And stocks are linked to bonds.  Meanwhile, all price manipulations eventually end, and over the long pull precious metals (PM) protect purchasing power against both the ravages of deflation and inflation.  Call PM a current “double-dip” satellite allocation opportunity.  The likely PM price “uncorking:” a sprightly and unexpected shift from QT back to possibly unparalleled QE by the Fed.  The irony that this would be triggered by a Fed-hastened reset will be hard to miss.  The good news: “Frankenstein Finance” can be capitalized on.