Perhaps our toxic public policy stew isn’t such a surprise?

I have gratefully subscribed to Wolf Street articles for a few years.  Wolf Richter, founder and prolific lead editor, recently published two articles that really got my attention.  I’m referring to the following pieces:

Let me give you a taste of Mr. Richter’s telling “haunting photos” of what could be mistaken for a modern day ghost town (San Francisco): 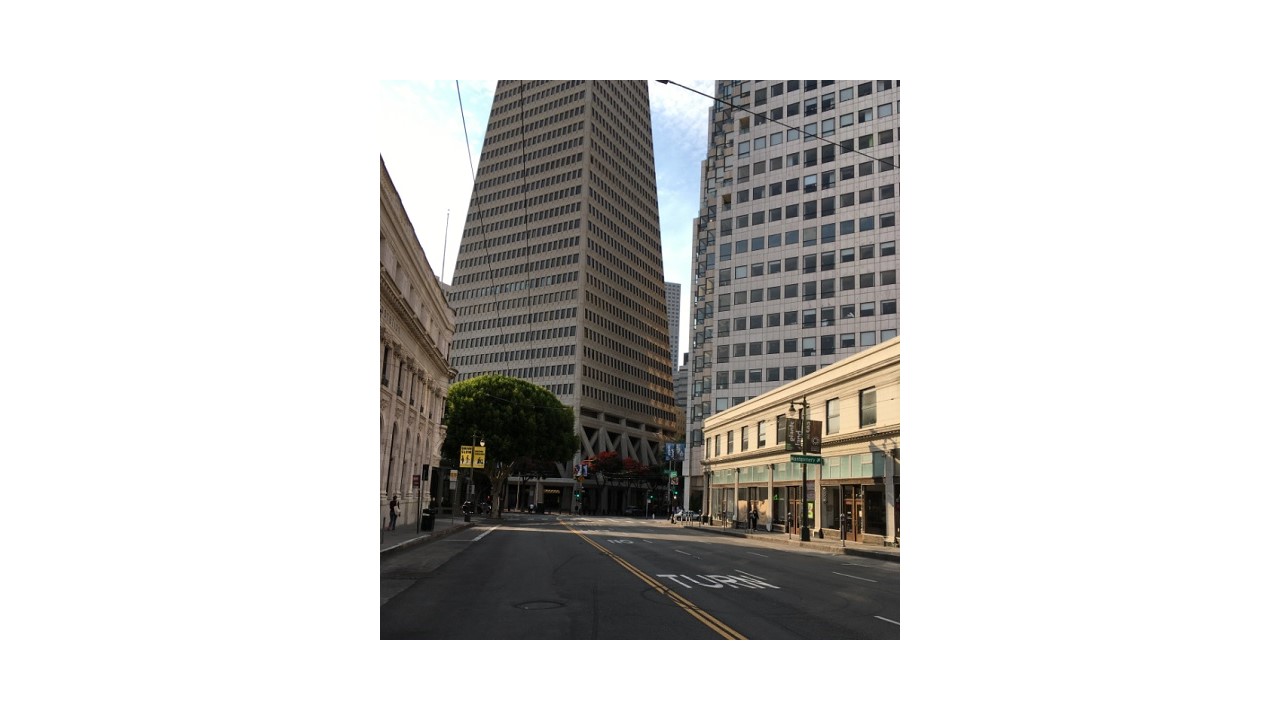 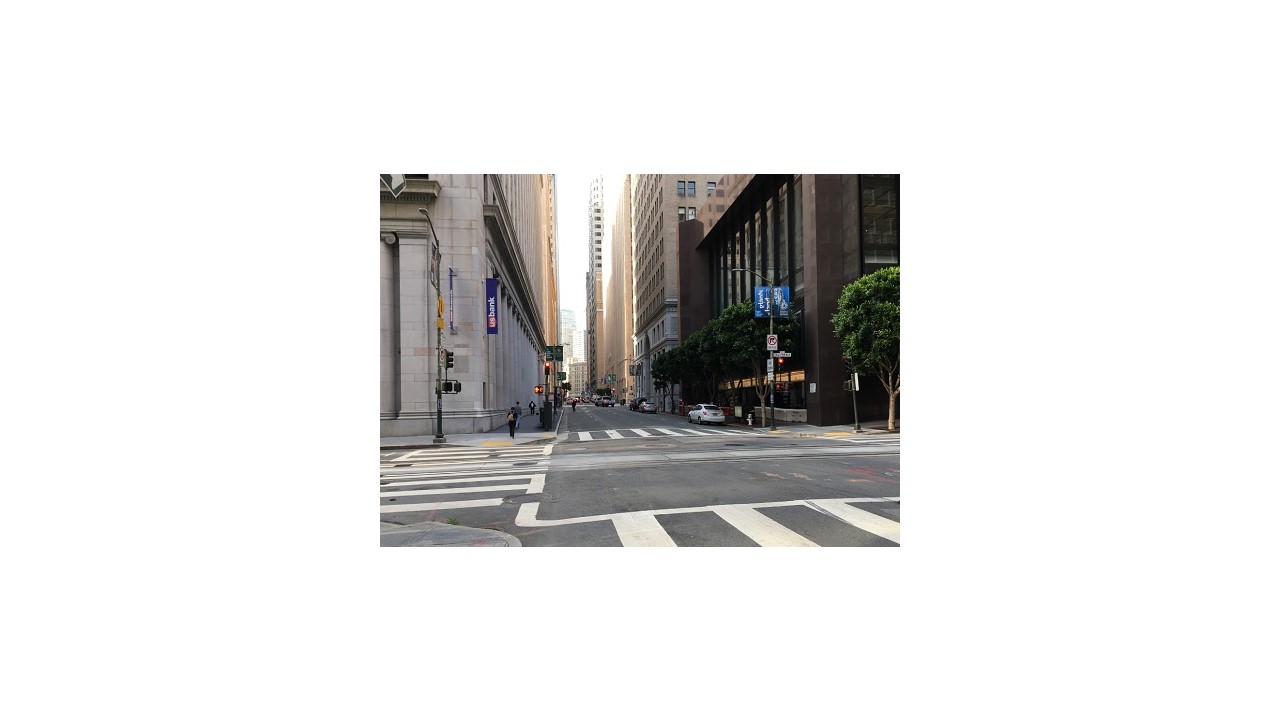 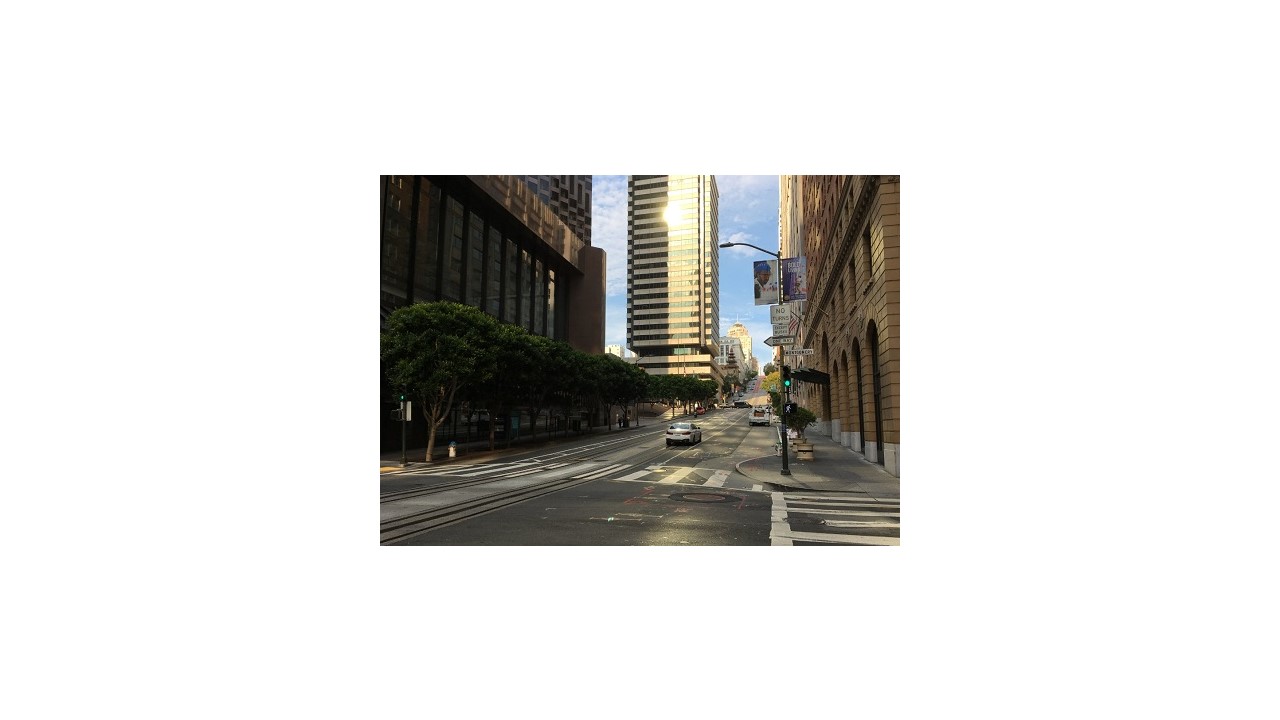 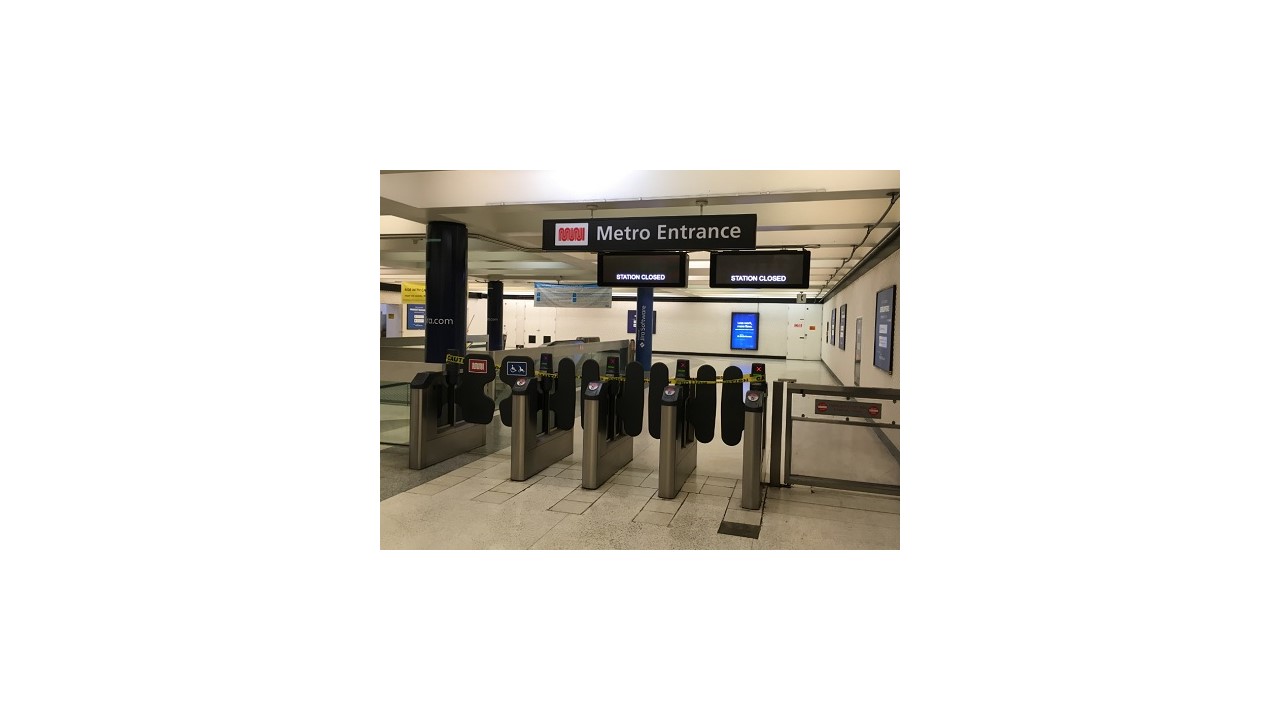 Below what I sent to Mr. Richter’s comments section of his Wolf Street site as regards his “Haunting Photos of San Francisco” piece:

This is what happens when the virus policy response (the “cure”) is much, much worse than the disease. For a virus — our current Corona iteration — that has claimed only 0.01% of the globe’s population and roughly 0.03%* of America’s population (never mind the hugely inflated US Corona virus death count due to both financial and political reasons, without which the US death tally could be up to 30 – 50% lower), the economic and freedom destruction triggered by tyrannical demagogues imposing their shutdown/lockdown will on us is just mind-bending.

And this is prior to hugely heightened individual impoverishment, family businesses nurtured for generations lost forever, and surging suicide rates. The pictures you present are the Corona virus policy equivalent of a neutron bomb having been detonated. The buildings are still standing, but it has become a ghost town devoid of human interaction and communication. Truly sickening and sadly likely very long-lasting in terms of the policy response devastation, be it societally, financially, economically, or in terms of grotesque violations of inalienable rights.

I couldn’t find my “two bits worth” in the Wolf Street site’s comments section.  Not the first time.  And surely not the last, i.e., unless I cry uncle.  It might be high time.  In any event, I shared my unpublished comments with a few colleagues and friends.  In so doing, I added a few paragraphs about Mr. Richter’s apparently growing inconsistencies, which followed what I wrote Wolf Richter above.  Those paragraphs:

Wolf Richter is amazingly talented and super-fast with numbers, data, sources, and graphics.  His site’s daily free articles, most of which he authors, are just astonishing in terms of staying on top of multiple macroeconomic trends (Mr. Richter probably thrives on three hours of sleep a day!).  But despite his prodigious knowledge, his varied business experience, his global perspective, and his professed adherence to free market capitalism, at the end of the day he apparently can’t overcome his German-born leftist/statist tendencies and convictions.

As such, in my view he utterly fails to grasp that free market capitalism can’t possibly survive with ever greater statism – yet he pans the very money printing that finances central planning, “zombie-ism,” and crony capitalism, also collectively known as statism or fascism, the more virulent it gets (as in daily)!  Separately, and also quite revealingly, based on a few back-and-forths I initiated in his comments section, he’s convinced that gold and silver are barbarous relics, not free market-underpinning, price discovery-enabling, sound & honest money.

Moreover, based on his numerous articles that either directly or indirectly touch the virus front as well as his refusal to show any comments that I have sent that disagree with his “slant” here, I’m utterly convinced that Wolf Richter believes that the Corona virus is a first-rate pandemic (not a 0.01% of the global population killer) that requires the very government-imposed massive shutdowns and lockdowns that kill the free market capitalism he claims to support.  Talk about an incredible and scary disconnect!  Said is all the more true if truly bright, capable, influential people have such a glaring blind spot; Mr. Richter is by no means an exception — arguably, he is likely indicative of most commentators and policy makers.  Accordingly, perhaps our globally toxic public policy stew isn’t so surprising after all?

Here is how a truly sage global macro analyst responded to my email earlier today, which was comprised of both my Wolf Street comments section efforts as well as my rant directly above:

Fascinating your last paragraphs because I had come to a similar conclusion. I used to love his stuff, and I always look for it in the morning when doing the daily, BUT he completely got the virus and the policy response wrong, and, as you say, he has just totally deserted capitalism.  As you also infer, that 1bpt assumes that all the deaths with coronavirus were from coronavirus when in reality it’s only something like 8% of those that don’t have multiple comorbidities.  I’m with you totally on his pieces.

Please consider this piece as an update on past content, be it videos or posts, where I have kept suggesting that the Corona virus policy “cure” is much worse than the underlying disease.  Unfortunately, our officials’ cure is anything but (a cure).  Rather, it is just one more example of our globally toxic public policy stew as described above and extending far beyond, including frequently discussed free-market throttling regulatory compliance costs ($1.9trn or about 10% of GDP in the US alone), out-of-control corporate legal/litigation costs (in the US, nearly 3x the EU’s in terms of a percentage of GDP), our productivity and output eviscerating green energy cronyism, and the West’s increasingly strident redistribution of small business/Main Street income and property to Wall Street, K Street, and other constituencies, very much including “takers” and undocumented third world amnesty recipients — because that is where the votes are!  And if that wasn’t free market capitalism toxic enough, leading central banks are bent on continuing to finance the unsustainable with their electronic printing presses; is it any wonder that global debt to global GDP is at unprecedented, nose bleed level of 331%, according to the IFF?  In aggregate, and as often repeated in socialist or autocratic countries that issue their own fiat currencies, this is a recipe for stagflation, which ends up being a disaster for the vast majority of people subjected to it, as history richly attests, from ancient China to the former USSR to today’s Venezuela.

With such a toxic public policy widely implemented — and arguably being doubled-down on — around the world (I shudder to think what officialdom’s “shutdown/lockdown cure” would be should 0.02% of the world’s population succumb to a communicable disease), can bond and stock bubbles really be maintained, much less enlarged, much longer?  And how long will the currencies that said assets are reflected in maintain their purchasing power?  I’m referring to currencies that are being printed into oblivion (chart 24 attests to global monetary base growth translating into increasingly robust global money supply growth, also known as inflation) juxtaposed against what will likely prove to be long-lasting supply side shocks.  Those supply shocks include massive numbers of small businesses whose doors may never reopen — where up to 50% of OECD denizens employed in the private sector typically work(ed), many of whom are now unemployed, no matter how much the government bureaucrats fudge the numbers.

When you review your portfolio and dwell on how much of it has a “bubble glow” to it, please do recall that, at least historically, asset class valuations aren’t mean-reverting affairs, but reversion well beyond the mean market realities, which are also known as a manic-depressive Mr. Market or a reflection of our own emotional swings.  In plain English, if history is any guide, and on the heels of an incredibly seldom, 40-year plus bull market in bonds, your bonds and stocks could suffer lasting market value implosions of 50% – 80% in sympathy with sharply rising discount rates juxtaposed against collapsing earnings power, as measured in today’s dollar (or other fiat currency) terms.  Rising interest rates will ultimately reflect investors demanding heightened risk premiums amidst continued material financing needs and towering levels of debt in both absolute and relative to output terms.

The rising cost of external (creditor) funds will also increasingly reflect unrivaled monetary inflation and default risks finally being broadly realized, or priced in, by investors.  Not even today’s unprecedented global financial repression will be able to keep these risks from increasingly manifesting themselves, as economics always trumps politics — eventually.  Translation: while price discovery has been suffocated by the concerted efforts of leading central banks the world over, meaning that creditors and investors have failed to discount “troubled waters” ahead valuation-wise while funding what shouldn’t be funded (our rampant misallocations), this doesn’t mean that when fiat currency manipulation fails to keep earnings power up and defaults down, that investors won’t become very aggressive coincident or even lagging indicators in terms of portfolio reallocations, much as the 2008-2009 financial crisis proved, most especially in the equity and precious metals markets.

What Mr. Market will end up doing to valuations given that we’ve markedly doubled down on all that hobbled a wealth of nations trajectory in 2008 is anyone’s guess, but it may well result in a peerless compression of both bond and stock valuations, which would result in currently unimaginably high (double-digit) yields and unbelievably low (single-digit) P/Es, respectively.  Terrific future ROI opportunities will probably beckon, as stated recently, i.e., should already maligned private sector property rights not get completely erased by global communism.  In the meantime, do consider an allocation to precious metals, which will likely prove to be fiat cash on  steroids, making for a potentially fantastic source of funding for purchasing great income earning assets and properties that will once again be on the bargain counter, perhaps like never before.

Here’s hoping you found this post worthy of a read.

*- Fact checking today raised that 0.03% to 0.05%.  All else remains unchanged.  Separately, America’s higher than global average Corona virus death rate, while still tiny, could very well be due to America’s outsized (no pun intended) obesity problem and the chronic health issues that sustained obesity is known to trigger.  In other words, with a considerably higher portion of Americans’ health compromised by obesity than is the case globally, Americans are likely more susceptible to succumbing to additional health challenges, including common seasonal flus and viruses.

P.S. — I don’t quite know how to best communicate this, but it is entirely probable that a bright, well-read, gutsy civil engineer that a) knows a lot about local cronyism, b) happens to live in SW Florida, and c) wants to fight against the complete evisceration of liberty, sound money, and the unparalleled US Constitution may chime in now and then with posts of her own on this site — right, Debi?  If this is an awkward introduction, please forgive me, readers and Debi alike!