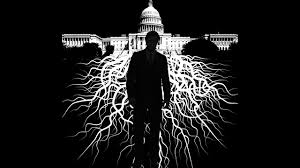 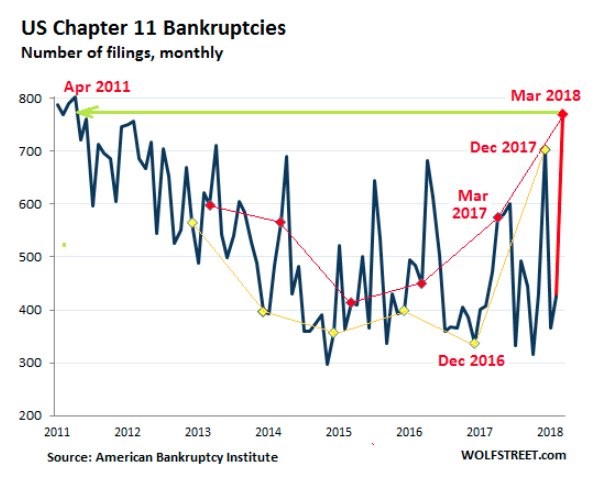 Rising political risks associated with the largely criminal enterprise known as the US government:

The endless Trump Russian election interference witch hunt (candidate Trump couldn’t address interference, only the prior administration could!) or, more accurately, “offshoots” thereof, could result in a declining capacity for Trump to function effectively as the nation’s chief executive.  It could also trigger a governmental paralysis and/or lead to presidential impeachment proceedings based on so-called “process crimes,” which amount to “technicalities” over substance.   Some highlights of this sad state of affairs, which threatens to further entrench our kleptocratic form of government — on both sides of the aisle — follow:

Now, there is a lot of speculation (and excitement) in the alt media community about over 24,000 executive branch sealed indictments.  Specifically, when will they be unsealed and arrests made, so that the rule of law once again extends to the ruling class?  Hope springs eternal that felonious indictments will be unsealed with increasing frequency as the 2018 election grows closer.  Moreover, that once “unleashed” — and assuming such a process couldn’t or wouldn’t be derailed — increasingly large swaths of the federal ruling elite in Washington DC and throughout the nation that have acted lawlessly will be implicated and charged with crimes.

Such a “cleansing” would help purge the kleptocratic and bureaucratic lawlessness (unconstitutional legislation followed by property rights-eviscerating extortion by both elected officials and unelected bureaucrats) that is so intimidatingly widespread.  It would also constrain despicable, amoral, and unconstitutional behavior by powerbrokers, which would be pivotal to any effort to return the US to a representative, constitutional republic while boding well for rescuing the west from an all-powerful, unrepresentative administrative state (the unelected bureaucracy).

Given the vast and powerful vested interests against such arrests, one could be forgiven for believing that a status quo sustaining conspiracy, from brazenly corrupt power brokers (both elected and unelected) to federal level bureaucrats, whose US number exceeds 2m, has “too much skin in the game” to risk losing privileged, powerful positions on the one hand or salaries and benefits that increasingly tower over private sector compensation on the other hand.  Therefore, we sadly personally doubt that either lawless agency heads (e.g., former IRS and FBI chiefs) nor the sycophant rank-and-file bureaucrats will “allow” this to happen.  (Ask yourself, reader, how many “public servants” at the IRS or the FBI became whistle blowers and thus stood tall for the oath they took to uphold the US Constitution/the rule of law during the IRS’ Tea Party police state harassment or during the FBI’s 4th Amendment gutting lawlessness perpetrated against the then incoming Trump administration.  Hopeful caveat: if the “mighty” are forced to point fingers at criminal activity by other bigwigs in order to secure plea bargains for themselves, then indictments could mushroom.)

The upshot of all this: the president will likely consume a growing portion of his time fending off efforts to castrate his administration; call him a potentially “early lame duck.”  It could also cause his cabinet to “freeze up” or drive away potentially gifted constitutional cabinet picks to replace his still all too “swampy” cabinet.  Obviously, if the Democrats retake the House or the entire Congress, then Trump impeachment efforts will be “the order of the day,” which would could turn Trump from a “lame duck” into a “dead duck” in terms of executive branch/”CEO” functions.

President Trump’s — and the Republicans’ — broad-based failure to deliver what they so fervently promised when they sought a governing mandate in 2016 may well cost them their congressional majority this year should the GOP base “stay home in disgust.”  Specific broken promises include the following: a) true Obamacare relief (only non-payroll relief, not widespread relief) instead of Obamacare enshrinement, b) government spending brought under control in place of unprecedented profligate spending (the discretionary part of federal spending is to grow by 13%), c) lower federal government deficits (at a $1.2trn annual run rate, they are nearly doubling), d) defunding of misnamed “sanctuary cities” (their funding remains),  e) widespread regulatory relief (collectively, executive branch administrative state agencies/bureaucracies got more funding!), f) a border wall (not — only $1.6bn in funding out of over $1.3trn in projected discretionary spending!), and g) no more amnesty for illegal aliens (Trump offered 1.8m illegal aliens amnesty, more than twice what the Democrats had sought!).

Therefore, look for “divided government,” even more pork, more cronyism, more redistributionism, sustained unconstitutional red tape that costs American business an estimated $2trn to comply with (as this is written, there are still 775,939 documents at the Federal Register and 6,128 new federal regulations have been posted in the last 90 days), lower tax revenues, and still bigger federal government deficits — which heightened economic weakness will amplify thanks to reduced tax receipts and more recessionary transfer payments.  And add to these challenges the potential political turbulence related to what constitutes a de facto largely bipartisan effort to impeach Trump, which Democrats retaking the House would “turbocharge.”

We think investors will begin demanding higher risk premiums for growing political uncertainty amidst pervasive “D.C. lawlessness” that not even the propaganda MSM will be able to fully squelch; call it a “slow-burn” erosion of confidence that will eventually and suddenly flip into anxiety (“human nature 101”), which will trigger selling panics.  Rising political threats to property right protections will also beckon, potentially including on capital restriction or  trade fronts.   Layer on top of this worsening economic fundamentals, increasingly precarious finances, and the likelihood of central banks revisiting QE (possibly unparalleled currency debasement) — issues that we mention below — and vastly overvalued bonds and stocks stand to be re-priced substantially to the downside (higher bond yields and lower stock P/Es) to compensate investors for expanding return on capital and return of capital risks.  When confidence turns to anxiety … 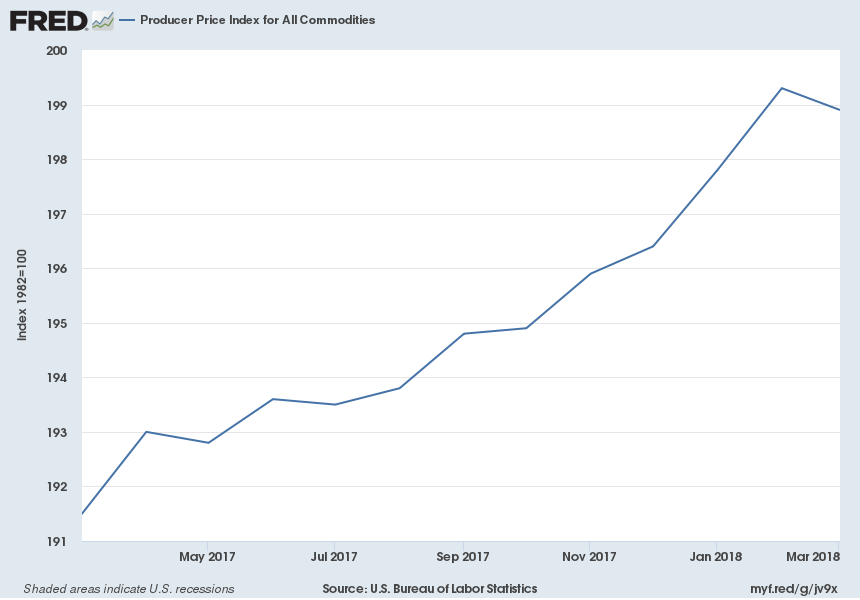 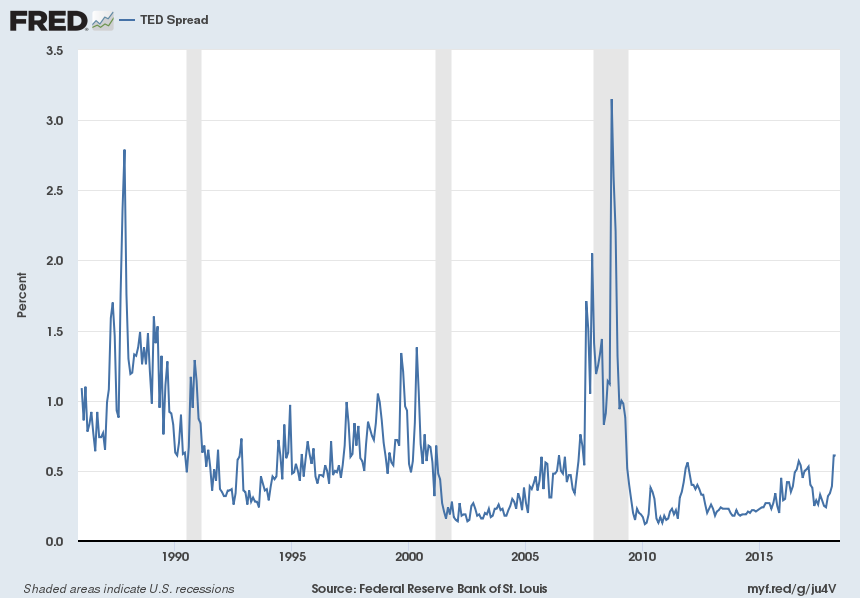 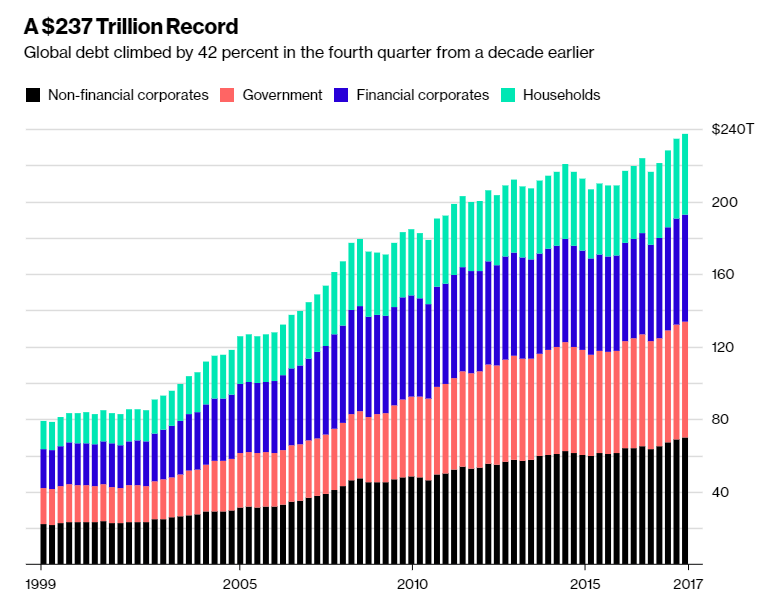 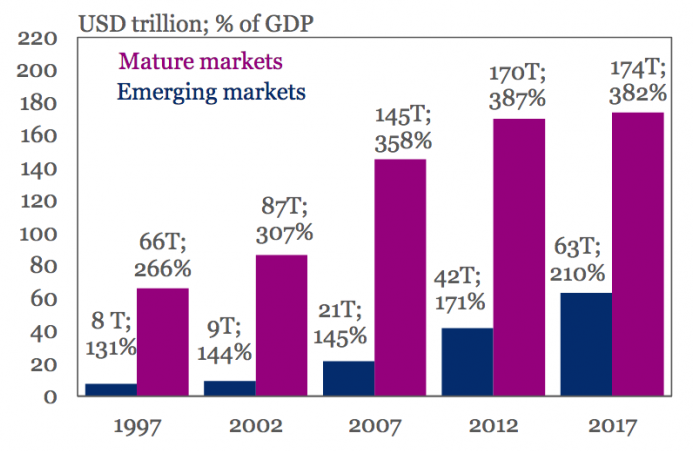 Conclusion: pick your asset bubble pin, for they abound — and it’s not a question of if, only when

Rising political risks (and we haven’t delved into growing geopolitical risks, neither the typically tragic and immensely expensive war or trade war varieties, both of which can be highly susceptible to “domestic disenchantment”), rising economic risks, rising financial risks, and rising peak EPS risks all suggest investors ought to “trim exposure” to overvalued stocks and bonds.  Moreover, given our accumulating toxic public policy stew fallout (i.e., unsound money enabling unprecedented deficits, redistributionism, cronyism, misallocations, and declining property right protections and the ensuing unparalleled debt and failing productivity), we envision that the Keynesian power brokers in charge of global central bank monetary policy will “double-down” on what has gotten us into so much political, economic, and financial trouble.  The latter is all the more true given our rapidly rising dense energy availability, affordability, and EROEI (energy return on energy invested) challenges, and thus, to a large extent, our productivity challenges.

We thus continue to think that QT (central banks selling bonds) will be brief, if it truly gets off the ground at all.  However, when it becomes obvious to our central planners that “their” asset bubble progeny, upon which they have based their currency and economic malpractice “success,” are quickly deflating, they will rush to defend them.  How? By expanding their balance sheets; by buying sinking bonds. While we don’t know when this will occur, we are convinced that it will.  At such a juncture, it will be impossible to deny just how terribly flawed our “Frankenstein” central bank monetary policy has been, especially when dwelling on US debt of $68trn and global debt of $237trn.

So, if the bond vigilantes don’t “bolt” to front-run what will likely prove to be a very fleeting QT round by global central banks (again, if it commences at all), thereby driving up dollar-based interest rates in a world in which domestic and trade-related US financing needs could trump (no pun intended) $1.8trn on an annualized basis, surely rising inflation aggravated by “QE redux” will finally unnerve creditors.  Why?  Because they will be looking at entrenched and likely unprecedented currency debasement instead of a “financial repression worked” scenario.  In such a world, even if outright defaults by various parties unable to meet obligations, from municipalities to states to massively underfunded public and private pension funds to “too big to fail enterprises,” can be addressed through the printing press, the value of the currencies in which they’ll be expressed will ultimately rival the value of a sheet of toilet paper.

Thus, an upcoming global fiat currency debasement default will finally take center stage. This will drive up rates, punish bonds, and deliver hyperinflation.  Sadly, it’s the only politically feasible path.  And the opportunity to sidestep this upcoming implosion in both bond and stock valuations (they are tied at the hip) is staring us right in the face.  Sage investors stand to benefit handsomely from the upcoming reversion beyond the mean.  And they might be well served to recall that mining-based precious metals (PM) supply is expanding the above ground gold and silver inventory at a puny $138bn and $15bn annual rate, respectively, based on current PM spot prices.  The resulting 1% – 2% expansion in above ground PM speaks volumes about PM’s scarcity.  It also suggests that any material increase in PM holdings beyond the current 1%-ish stake of investable global portfolio assets, which are on target to reach $278trn, would have to be realized via massively higher PM prices, i.e., the demand curve shifting up stoutly.

PLEASE NOTE: This commentary is not intended as investment advice or as an investment recommendation. Past performance is not a guarantee of future results. Price and yield are subject to daily change and as of the specified date. Information provided is solely the opinion of the author at the time of writing.  Nothing in the commentary should be construed as a solicitation to buy or sell securities. Information provided has been prepared from sources deemed to be reliable but is not a complete summary or statement of all available data necessary for making an investment decision.  Liquid securities can fall in value.